Andy Bannister on an unusual night in Aberdeen 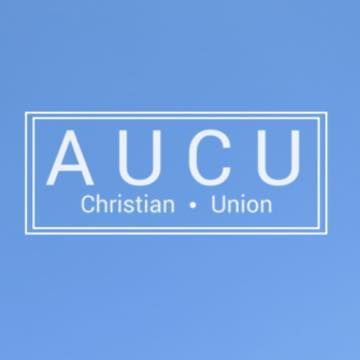 In Aberdeen the Christian Union organised a public dialogue between me and a lovely sceptical academic. Professor William Naphy billed himself as a sceptic rather than an atheist, and we asked to address the subject: “What does the good society look like, and how do we get there?” It was an amazing event actually. The CU had organised it to promote their mission week, and get some momentum behind that and they were hugely encouraged by the large turnout on the night. Professor Naphy noted that it was the largest audience he had seen at a student society meeting.
I was initially a bit nervous because Professor Naphy is a historian whose specialisms are sex, gender, witchcraft and Calvinism! He spoke first, and his presentation was really interesting. His premise was that religion has caused damage and his particular example was Calvin’s Geneva, which was quite brutal to opponents of Calvinism. Then I got up and argued that to create a good society we need to make good people; which gets right to the heart of the gospel – because we are not inherently good people; we need something that can transform the human heart. So I gently segued into a gospel presentation, by showing that when utopian ideas for a good society have been tried (based on politics or science) they have always failed.
I used a quotation about the wonders of technology and the way in which it will open up a future of peace on earth and universal harmony. Then I revealed that it was written in 1915 by Nikolai Tesla! I spoke about the difference the gospel makes; but I landed on a piece by Matthew Parris from the Times. entitled, “Why as an atheist, I truly believe Africa needs God“.
The Q&A was amazing. I had basically agreed with Professor Naphy that when religion gets into power it is always bad. However, I went on to explain that Christianity is not about changing society by grabbing the leavers of power from above, but about transforming us from below. Christians are called to be “salt and light”, not to wield the instruments of the state to try and bring about some utopian ideal and every time that has tried it has gone wrong. So when I mapped out that position, Professor Naphy just sort of melted! He basically agreed with me, and even quoted the Bible, about Jesus and the Pharisees! The Pharisees were a powerful ultra-religious sect, who were confronted by Jesus. I was amazed, because the hostility I was anticipating was entirely absent! It’s a shame he had to dash away afterwards because I’d loved to have spent some more time with him.
Professor Naphy saw these issues through an academic lens. He argued from the perspective of a historian who had seen the damage the church has done when it has tried to manipulate society to enact the vision of some strange kind of theocracy. Understandably he recoiled from it.
I have encountered this objection before. Usually however, it doesn’t come from someone looking objectively at wider history, but from people who have had a bad experience of church personally. I often say, “Yes the church has at times gone very badly wrong”. However if we can strip away the baggage and see what Jesus really intended, there is something deeply attractive about him. That’s the central theme of the film that CPX in Australia have made about the church through history, which is so helpful.
Sarah McLean, the CU’s Relay Worker for Aberdeen commented, “The dialogue went very well and the discussion from both Andy and Naphy was very gracious and interesting. There was over 100 people there and I think we reached a group of students that we wouldn’t normally see at events. The response from those there was really positive. It seemed to spark interest and questions in folks that will hopefully lead to them returning to events week talks that interest them.”