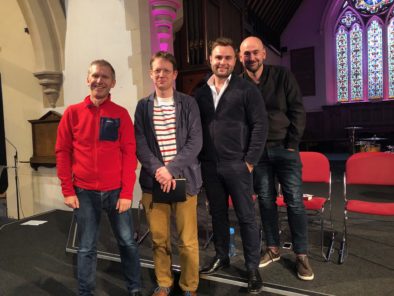 It was great for Solas to partner with St Paul’s church in Salisbury, as we took Confident Christianity on the road again. This time we had three Andy’s; Andy Bannister, Andy Moore from the Oxford Centre for Christian Apologetics, Andy Kind and Ed Shaw on the speaking team. We had a good turn-out, a really engaged crowd, and it was exciting to see people getting excited about sharing the gospel. There was a real buzz on the day, they were a really lively and engaged audience.
Andy Bannister kicked the day off talking about conversational evangelism. We always make a point of starting the day that way because people can think that ‘apologetics’ is not for them’ or that you learn an argument and download it on your friends, so it is crucial that the first talk of the day is about conversational evangelism; having natural conversations with people about faith. That really is the foundation for everything else that is discussed during the day. 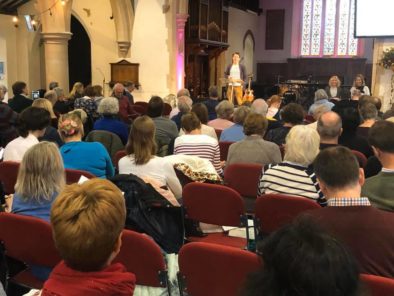 Ed Shaw’s two talks were about death and sex. His first one, “Nothing to be afraid of: Why we need to talk about death”, contrasted the sentimental view of death found in some the popular poems, such as “Do not stand at my grave and weep, I am not there, I do not sleep. I am a thousand winds that blow. I am the diamond glint on snow. I am the sunlight on ripened grain. I am the gentle autumn rain”, with the more realistic but hopeful view of death that Christians embrace. Secondly he spoke on “Why does God care who I sleep with?” drawing on some of the material he presents as part of the Living Out team, and his book; “The Plausibility Problem – The Church and Same-sex Attraction”.  Ed has also given an interview to Solas, which you can read here.
Ed Shaw commented, “It was great to be part of a day where there was such a high level of engagement in the topics covered and where the variety in the speakers’ content and styles really strengthened what we were able to achieve together.” 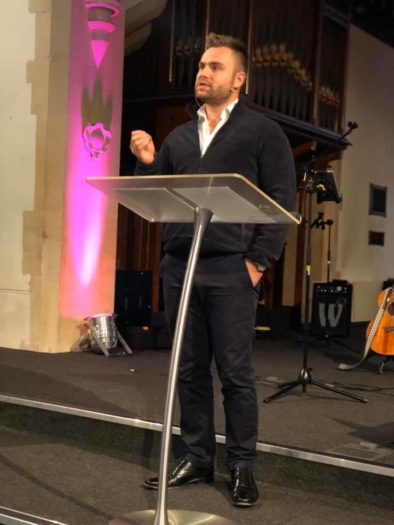 Andy Moore from the Oxford Centre for Christian Apologetics looked at “Is Your Faith Just a Psychological Crutch?” and “Christ’s Resurrection: Hope Grounded on Evidence”; thinking carefully about two of the core elements of Christian faith; objectively about Jesus, and then subjectively in terms of our own experience. After the event Andy Moore said that it was a pleasure for him to be a part of this important training opportunity. He also said that The Confident Christianity conferences play a wonderful part in the equipping of those who attend and said that he is excited to see how these conferences develop.
Andy Kind’s talks were entitled, “Hidden in Plain Sight; Why Jesus is the Best Explanation for What You Know About Yourself!” and “Smoke and Mirrors; Why Humanism Offers Absolutely no Hope”. His second talk chimed in well with Andy Bannister’s final talk of the day, “Are we matter or do we matter?; Why What You Believe About God Changes Everything Else.” That’s because the implications for atheistic naturalism for what it means to be human are pretty drastic. If we are just atoms and particles, then there’s no basis for human value, dignity, and rights. Andy Kind was also a guest on our podcast, which you can hear here.
The conferences though are all about the local church, and encouraging Christians in their evangelism. Nigel Watts from St Paul’s was also the featured guest in a recent episode of our podcast which can be heard here: